About Linux Belgium
What is Linux?

Linux is an the Operating System not made by 1 big company, like Windows by Microsoft or MacOS by Apple, but created by users and companies distributed across the globe; all collaborating to create something unique, better and free for everybody. It is one of the most impressive feats of engineering of our century and grows at an amazing rate every day (and night). Android is powered by Linux and all large well-know web servers run Linux. Billions of embedded 'smart appliances' run Linux and 10s of million end users run Linux on their desktop or laptop. For new users, we recommend to download Ubuntu, as it's a widely spread Linux distribution with ease of use in mind. You can download Ubuntu for free here. A beginners guide can be downloaded for free in Dutch, French and English. For professional users, we of course recommend our Training. 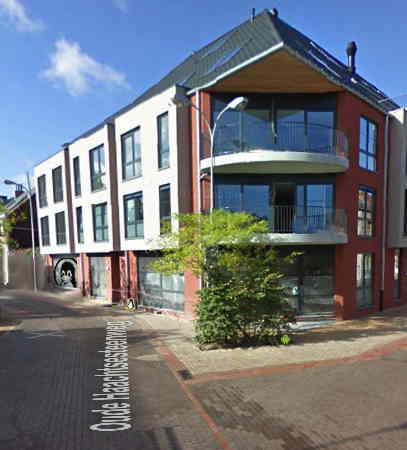 Linux Belgium is a company which sells Linux services to corporations and government institutions. We promote Linux and OpenSource software adoption across the entire computing spectrum. We have a focus on electronic rights, Free Speech, Fair Use, Innovation, Privacy and Transparency.

We encourage specialisation, collaboration and focus for companies with commercial Linux solutions.


History
Here you can find a detailed timeline of the major accomplishments and milestones by the GNU Linux project. The Linux community in Belgium got started at the universities just before the popularisation of the Internet. In Leuven it started in the 'Linux Room at Rekencentrum' leading to iguana.be and at Letteren leading to ulyssis.be.

Just a little bit later, Linux User Groups formed at RUG in Gent, in Brussels at Infogroep and in University Hasselt Lumumba. A more complete list of Linux User Groups can be found here.
In the initial days, many contributers didn't believe that Linux would become important to corporations. Some argued that the implication of giving changes to the source code back to the community would be an impossible obstacle for the adoption of Linux. We wouldn't care less. We loved the system for it's flexibility, freedom, performance and security.

Jasper Nuyens founded Linux Belgium in 2000 to promote cooperation between existing companies who provide Linux based solutions and centrally promote Linux in Belgium. The revenue of Linux Belgium is generated by Linux Consultancy projects, Linux Training and Linux Support. Linux Belgium is a small but dedicated team of highly motivated professionals.
Linux and Android have become the most popular operating system on the planet. More than a billion smartphones run the Linux kernel with Android. 95% of the biggest supercomputers run Linux. Google, Facebook and Twitter are running on Linux. And most embedded smart devices are running Linux.
While the aging office PCs still remain mostly on MS Windows, even those computers are becoming more and more replaced with tablets running Android and Linux based cloud applications.
Our current focus is the acceleration of growth of Linux in the Embedded marketplace and Linux in the server environment.

It is always hard to predict the future in the technology world. Companies can rise and fall, but Linux will always prevail as it's not tied to one company. Linux is also the only safeguard we have against monopolistic behaviour and control. So the future is bright. We currently see the biggest growth in the Embedded and Mobile Linux market.

Thanks
You are part of the Linux community by contributing and promoting Linux. We want to thank you for your support!
And a special thanks to Frederik for proofreading this website, to Richard Stallman to create the GNU GPL license, Linus Torvalds for starting the Linux and git projects and also to the entire Linux community for being so creative and innovative.